Search by Model or Serial # ico 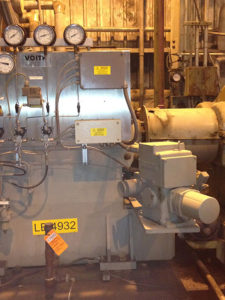 A fluid coupling, often referred to as a fluid drive, is a device that uses oil to transmit rotation between shafts. Connecting a fixed speed motor hydrodynamically to industrial process equipment allows the motor to be started unloaded, with the load accelerated to speed. Variable speed control is also possible. Typical applications include fans, pumps, and conveyors. Fluid couplings operate based on the principles developed by Dr. Hermann Föttinger in the early 20th century, predating the use of AC frequency drives, also called variable frequency drives or VFD’s. Fluid couplings can be considered as either fixed speed couplings, or variable speed machines.

The fixed speed coupling offers smooth acceleration, load limiting, and isolation from shock loads and vibrations. By extending the start time of the machine, the transmitted torque, and power usage can be controlled.

Through the use of an actuator, the slip of the fluid coupling can be adjusted to provide stepless speed variation for control. Using the Föttinger Principle, the circuit oil fill and capabilities of the fluid coupling at any given speed can be calculated with accuracy. By using a precision actuator to control oil fill, the fluid coupling can become a very precise control element in a drive system. The resolution and repeatability of the actuator in a closed loop control system is critical to the performance of the variable speed fluid coupling. The position control capabilities of Beck actuators make them well suited for this modulating service. Closed loop control is used for fluid couplings with the feedback element generally taken from the output shaft rotation, main motor absorbed power, or a combination of both. Typically, three methods of monitoring are considered: Speed, acceleration, and torque control. 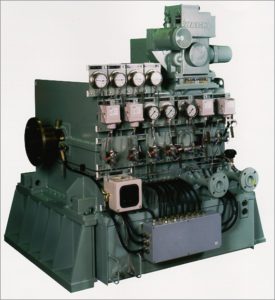 Speed control is typically used on centrifugal applications, such as fans and pumps. Rather than throttle back the full output of the machine using dampers and valves, precise modulation of the scoop controlled fluid coupling can modulate the fan or pump output. In addition to good process control, these types of machines typically operate to the principles of the Affinity law (power absorbed varies as the cube of the output speed), so considerable energy savings on the whole machine can be realized. In high inertia systems, such as, mills and mixers, the control factor is often torque limitation rather than speed. Again, using a Beck actuator allows the coupling to accurately control the torque transmitted to the driven machine, important when overload protection is required or shock loading of the motor is an issue.

Conveyor systems tend to have different requirements from both centrifugal and high inertia machines, and as such, normally use fluid couplings as a clutch rather than a process control item. By using the power drawn by the main conveyor motor as the feedback element, the electric actuator can provide scoop tube movement such that the torque being applied to the conveyor belt is limited to that desired by the engineer. This allows for progressively smooth acceleration of the system from rest with a motor sized to run the system, rather than start it.